How to Join SGN Discord Etiquette Guide for Discord

The topic of some members occasionally feeling left out of guild events and activities and of being ignored by members of our community, is one that has surfaced a number of times during the many years that I've been with Stonewall. The topic will undoubtedly come up for conversation again in the future, so I thought I'd try to proactively address some of the commonly arising themes relating to those feelings with this guide.

Since Star Trek, Star Wars and Guild Wars are such immensely popular franchises, we often see people joining Stonewall guilds as first time MMO'ers or even first time gamers. Taking the first steps into a massively multiplayer world can often be a challenging experience for those who are new to the multiplayer gaming environment, and it takes time to grow accustomed to how and why in-game communication unfolds the way it does.

Many of us have the benefit of having years of online multiplayer gaming experience under our belts, and it's over the course of those many years that we've all experienced some feelings of isolation or of 'not belonging' within our respective guilds that you may also experience at some point during your gaming career. Over time, many of us have come to understand that the key to conquering those negative thoughts and to nurturing the feelings of integration into an online community, is in understanding why certain pleasantries that you've come to expect in the real world may not always be mimicked in the online world.

In this article, I'll share some of my personal tips to happy guild interaction that I've developed over the years, in the hopes that others may benefit from them! 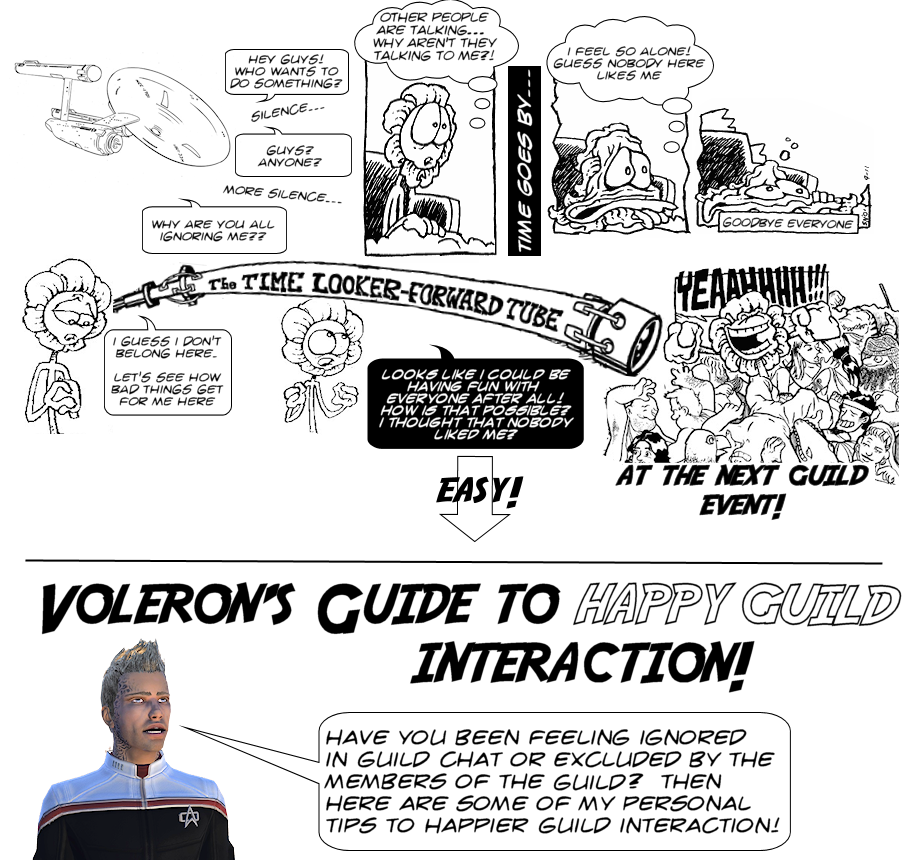 REMEMBER: My Golden rule that I myself follow, is: that becoming upset with fellow guild members because one of the above things has happened to you, may actually make it more difficult for people to relax and be comfortable in your presence. This may unintentionally perpetuate the very issue you may feel that you're having. If you find yourself feeling upset because one of the above has taken place:

We'll be here to team with you and game with you when you return! I hope I've shared some wisdom in these tips and also hope that those dealing with these sorts of frustrations get a better insight of why those frustrations can happen.