How to Join SGN Discord Etiquette Guide for Discord

Prior to the Stonewall Riots, homosexuals weren't called homosexuals, but rather opted to be called homophiles. The major parties in the then Homophile Movement wanted to stress the -phile or love aspect of the community rather than the sexual part. At this time the Homophile Movement was mainly led by the two largest gay and lesbian organizations, the Mattachine Society and the Daughters of Bilitis, respectively. Both of these organizations started around the 1950s and represent the first real organization of gay and lesbians within the United States. Although, these by no means, were these the first to gay or lesbian organizations in the United States or the world.

By the mid 1960s, the Homophile had begun to gain moment. Both the Mattachine Society and the Daughters of Bilitis had grown to have a membership for thousands of members, which was no small feat in this time. The majority of the membership was comprised of readers of the Mattachine Review and The One which were monthly zines that were distributed and redistributed through the mail. Through the 60s, the Homophile Movement won several victories such as receiving the right to send mailings through the US Mail and successfully defended against an entrapment case for the first time.

Although, there was one specific case won by the Mattachine Society that many credit for causing the Stonewall Riots. At this time, there was a regulation enforced by the New York Liquor Authority that stated that if any bar served more than three homosexuals at a time, they were liable to lose their liquor license. This was used continuously to prevent gays and lesbians from starting their own bars and clubs and those that were started we're typically illegal run or ran by the Mafia. Due to this, raids were common and frequent. People within would be arrested either for being there or for breaking the decency laws that stated a person must wear three items of gender specific clothing at a time.

In 1966, the Mattachine Society staged a Sip-In. A group of gay men went from bar to bar and stated "We're Queer. We're here. Serve us beer." in an attempted to be denied service so they could sue the bar based on discrimination, but the first three bars they went to knew what they were planning and went ahead and served them beer. In a final attempt, they went to Julies, a bar frequented by gays and a supporter of their plight. When they arrived and made their proclamation, Julies denied them service and Mattachine sued them in the following weeks. The courts ruled that the regulation was discriminatory and must be removed. 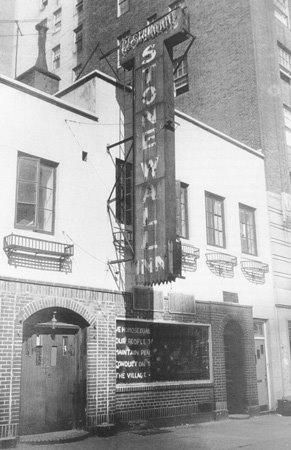 After this things began to change for the homosexual. Their bars weren't raided as frequently and the police stopped their campaign of entrapment. People began to relax. Gays and lesbians began to congregate more easily and with this new sense that things could change, they began to organize. We start to see a change in the Gay Rights Movement at this time. The term Homophile isn't embraced by a new generation that was brought up during the age of the Hippie where free love and rock and roll was sought. We begin to see the birth of the Homosexual Movement.

On June 27th, 1969, at the Greenwhich Inn, one of the most popular gay bars in the Greenwhich Village, was raided by the New York Police. As usual, people began to exit the building while the police arrested the drag queens and the most flamboyant men and butch women. But people had had enough. One lone drag queen took off her high heels and threw it at one of the police. This was followed by rocks and bottle caps from the crowd. Before long, the entire crowd had erupted into a riot. Throwing trash cans and turning over the cop cars. The police officers had no choice but retreat inside the Greenwhich Inn where they barricaded the door. People began to pour out of the neighboring bars and buildings and before long the entire Greenwhich village had erupted into a angry mob. Those that were there said you could feel the electricity in the air. The rioting continued for another four nights. After this, nothing was the same.

The Stonewall Riots were special for a few reasons. The popularity of the bar led to the outcry of the community. If it had been a smaller bar, it might not have happened like that. Also, as the people poured into the streets, for the first time in the history of the Gay Rights Movement, wasn't solely gays, or lesbians, or bisexual or transgender people. It was all of them, together, united under a single goal and desire. These riots are credited for the birth of the gay, lesbian, bisexual and transgender community. It was through this togetherness that the Movement truly became successful.

For these reason, the GLBT community remembers and celebrates the Stonewall Riots every year. 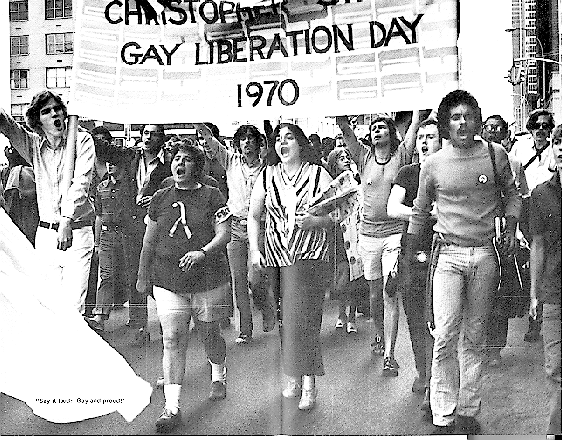